Sarah is an experienced journalist and specialist writer on business, society and the environment.

Sarah is a regular contributor for the Financial Times, Stanford Social Innovation Review, the Economist Group and others. While her articles tackle a wide range of subjects, she also has several specialist areas, including the future of capitalism, sustainable development, philanthropy and social innovation, the future of work and global health.

Before moving to New York City in 2001, she spent 10 years on staff at the Financial Times in London, where she was an editor for FT Reports and of the Responsible Business and Business in the Community magazines. Since then, she has been contributing editor for many of the newspaper’s sustainability and corporate responsibility reports and she continues to write for the FT.

Before joining the Financial Times, Sarah worked in Hong Kong at the South China Morning Post and Reuters. In 1993, based in Hanoi, she helped lead the launch of the Vietnam Economic Times, an English-language business magazine. Her work has appeared in publications including The New York Times, The Wall Street Journal, The Guardian, Forbes, and the Economist. In 2014, she was awarded a Boehm Media Fellowship. 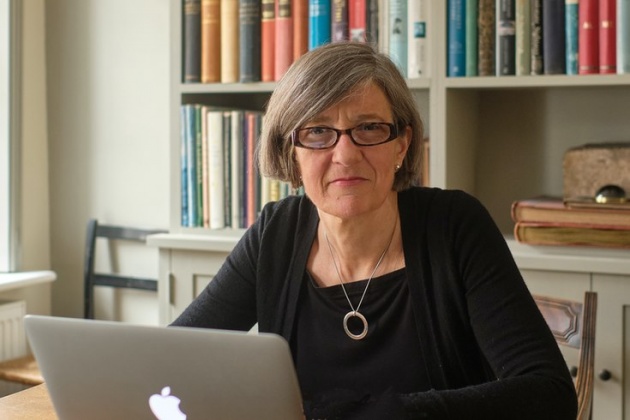 Sarah has spent more than two decades exploring the relationship of business to society and the environment and, more recently, the role that investors can play in helping solve complex global problems such as poverty and climate change.

As part of this, she covers topics such as clean energy, microfinance, access to healthcare and education, urban development and global food systems, with a focus on how companies, investors, governments, philanthropists, non-profits and others can work together in pursuit of more sustainable models of development.

She also tackles a range of subjects relating to the future of work, from diversity and inclusion and the changing nature of skills development to the way digital technologies are transforming the workplace.